I am looking forward to the alpaca show season 2017 which in Germany has already been opened by the Show Süd in Ilshofen. In Mid-March the season will also start for me as a judge. I will start with the Alpaca Showin Uster, Switzerland on March 18th, where I will judge fleeces and alpacas. On the following weekend, March 25–26, I will judge the Alpaca Showof the Alpaca Association in Göppingen. The show was announced in the daily newspaper in Göppingen in advance and I wasspecifically mentioned by name :). In the beginning of April I’m heading back to America – to be more precise, I’m invited to judge in Kansas City. On April 8, I will have the great honor to rank alpacas on the Futurity in Canada. I am looking forward to an exciting season in different countries with many enthusiastic breeders. 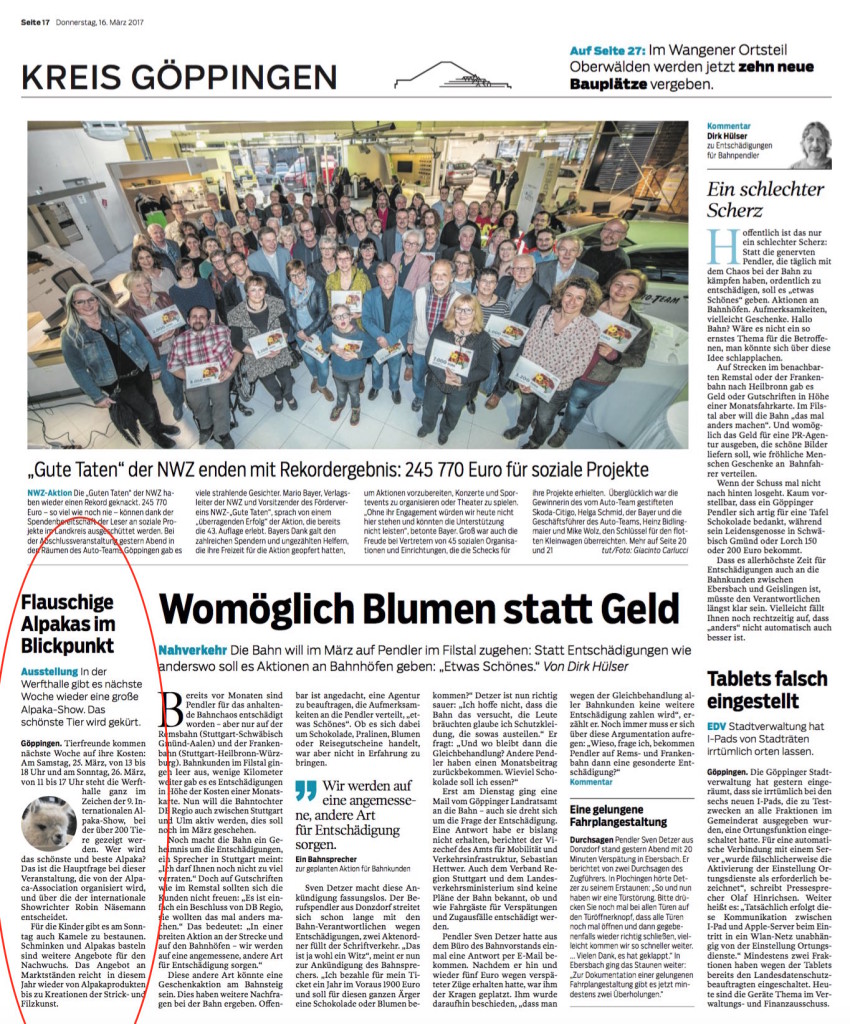