On the weekend of September 5–6, the German Alpaca Association organized its yearly fleece show, followed by its annual general meeting. I had the honor of judging the show this year. Since the annual general meeting taking place on Sunday, only Saturday remained for me to assess all of the fleeces. This would not have been an issue at all, given the usual expected amount of 70-80 fleeces. But this year we had an unbelievable number of 101 alpaca fleeces – which was great, but meant a long day for all the helpers and I. 🙂

Supported by a top team of helpers, I managed to inspect and assess all of them within one day with great enthusiasm and joy. Seeing the high quality of the alpaca fleeces was particularly impressive. In 2014, I had the opportunity to judge the best fleeces of America at the AOA National Show together with Peter Kennedy and Cheryl Gehly and I can truly say that some of the fleeces presented at the AA e.V. Erfurt Show could keep up with those in the USA.

I would like to take the opportunity to thank the AA e.V. and all the helpers for a great and successful weekend! 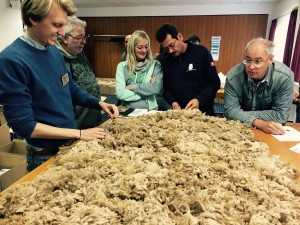 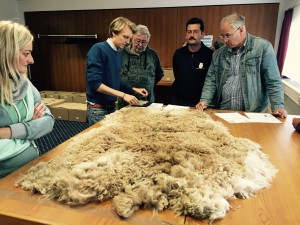 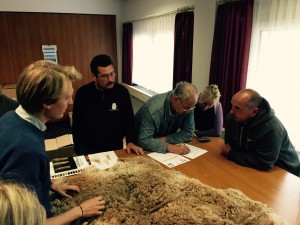 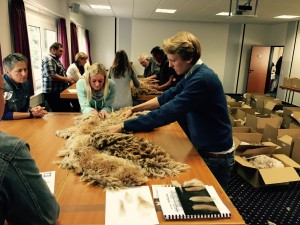 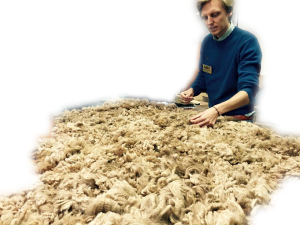